I shot my first ever roll of black and white film in 2018, using the Minolta camera I had purchased. I love black and white images, although I do recognise the observation made by many that we see our world in colour, so why strip that way in a photograph?

I think my fondness for BW stems from studying some of the greatest photos in history, which are very often in black and white. Removing the colour allows one to get the detail of the shot.

At the same time, I find black and white digital can be jarring and almost too vivid. With my XE-3, I find I can creates reasonably pleasing BW images, using the Acros film emulation and adding some subtle grain, but digital never looks as pleasing as film to my eye.

Until recently, that roll of film was the only one I had exposed. As of today, I have two more completed films read and will try to develop at least one of them at home. Another first for me.

This image, from my first roll, is far from technically perfect. The pole in the background is testament to may lazy composition and the focus at a large aperture is just slightly off. But, I love it. I love Carolin’s expression, the hat and the scarf. In my defence, where composition is concerned, I have to be quick with getting the image, before she becomes self-conscious and there is no question of ‘staging’ the image. 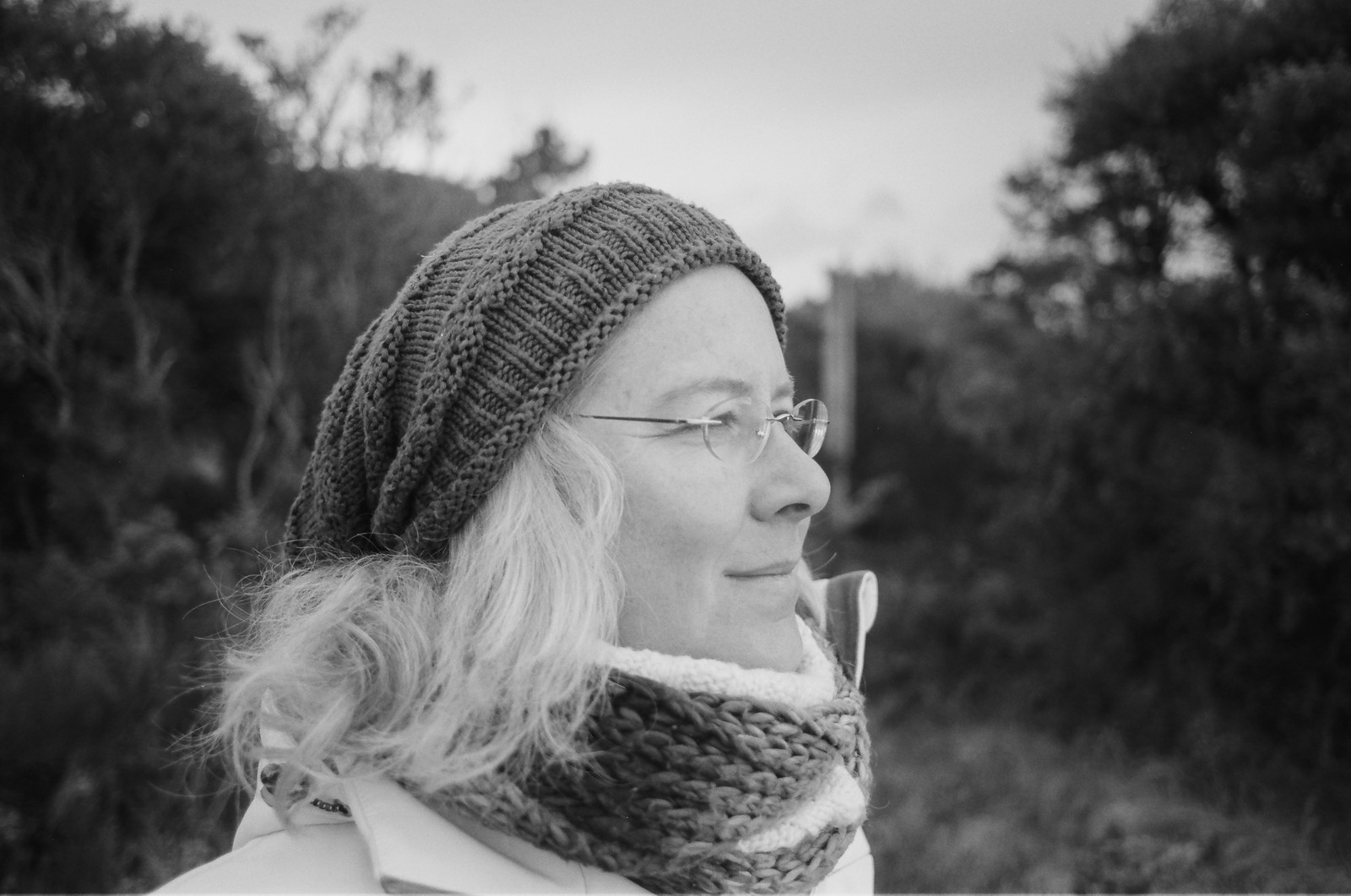 Posted on April 19, 2020 Posted in Uncategorized

About the In My Shed Project

I kept a family blog for almost ten years, which I enjoyed immensely. Since closing it, I have been looking for another theme, but whilst I have many interests, I have few things about which I can write with any great authority.  I have decided to make this a general interest blog, covering topics that attract my attention, reviewing books or movies, or describing various projects.

I also hope to use it as a companion blog for a podcast that I am currently planning and preparing.

As a child, I loved pottering in the shed, listening to the radio, relaxing, achieving very little whilst thinking big. I still hope to have a shed of my own when I grow up.  A close friend of mine died too young. He loved his shed to and we both loved conversing for hours at a time. So, in some ways this will be my tribute to him.

Comments on the blog